Kwei Wah Shan College was founded and run by the Hong Kong Council of the Church of Christ in China. Mr. Kwei Wah Shan, a successful entrepeneur, made a major contribution to the school by donating a sum of HK$400,000 for its construction. The foundation stone was laid by Rev. Wu Mau Sau, Pastor of the C.C.C. Hong Kong Man Nam Church, on 4th June, 1976. Classes started on 1st September, 1977 and the school was named ‘Church of Christ China Kwei Wah Shan College’. It was the twelfth secondary school directly supervised by our Council and was officially opened on 12th November, 1977 with Dr. Yung Chi Tung officiating at the opening ceremony.

Previously, the college was a private non-profit making secondary school participating in the government’s bought-place scheme and obtaining per capita grants. However, following the government’s enforcement of nine-year free and compulsory education in 1978, we changed over to become a fully government subsidized school in three stages over a period of three years, starting from 1979.

The college was established through the careful planning and vigorous pursuit of the late Rev. Peter Wong, General Secretary and General Supervisor of the Council. His contributions to the college were enormous. He was the first Supervisor of the college for its initial seven years. Rev. Miss Lee Ching Chee was the acting Supervisor between 1984 and 1985. In May 1985, Rev. Kwok Nai Wang took up the position. Rev. YU Ying Ngok, took office as the school Supervisor in 1996.  In 2003, Supervisor Soo Yee-yau took office followed by Dr.Leung Tin Ming, as Supervisor in 2009. In 2015, Mr. Chan Shiu Choy took office as the school Supervisor. All our supervisors have led school policy formulation and have set the objectives and goals of the college. Under their invaluable guidance the college has made steady progress in the right direction during the last ten years.

Apart from making his initial donation for building the college, our sponsor, Mr.Kwei Wah Shan, has always taken a keen interest in the affairs of the college and the well-being of its staff and students. In January, 1986, in remembrance of his late wife, he donated HK$300,000 to set up the Dr. Hui Ling Lee Memorial Hall and the Memorial Library. As a result of his generous donation, we were able to improve the facilities in the hall and increase the number of books in the library. We are very grateful for his contributions.

Adhering to the mission of the Hong Kong Council of the Church of Christ in China, Kwei Wah Shan College provides students with a full range of quality educational services. These services encompass not only formal academic curriculum; but also social skills and moral values in keeping with those of the broader Christian community. The school nurtures the pursuit and development of talent by helping students aim to fulfil their potential. The pursuit of excellence in all endeavours ensures commitment to the common good in their service to school, family, Hong Kong community, China and the whole world. Our students leave school as responsible citizens and lifelong learners.

Our school has developed tailor made resources to cater for the needs of gifted students. All students receive a well rounded curriculum that teaches sound moral values, academic skills, physical fitness and aesthetic development. Focused training to help each student fulfil their potential addresses our students’ individual needs. In return they can contribute constructively to society and the country. Extra-curricular activities are a major priority and the school is divided into different academic organisations, interest groups and service groups. Through these activities, students’ individual potential, leadership skills and social responsibilities are developed. Spiritual education is of paramount importance. Apart from Religious Studies, we also regularly hold religious activities and involve the pastoral staff to assist in Gospel promotion.

To increase the quality and efficacy of the education provided, the school strives to enhance the professional level of teachers through participation and ongoing involvement in twenty partner collaboration plans with the Education Bureau, local and overseas Universities and Colleges. The Invitational Education Program of the United States of America, the Mainland-Hong Kong Teachers Exchange & Collaboration Programme (EDB), Partnership for Improvement of Learning and Teaching（ PILT）Project (CUHK), Language Learning Support Scheme by Education Bureau have provided training and support for the major discipline groups of our teachers and students to boost the effectiveness of teaching and learning. The school has also become a partner school of gifted education (EDB) to strive to explore and enhance students ‘ multiple intelligences through the development plans.

At present, Hong Kong is facing many changes socially, educationally and economically. Schools also will be facing increasing challenges. We will continue to move forward, pursuing innovative strategies to lay a solid foundation to create better results to meet parental and community expectations. 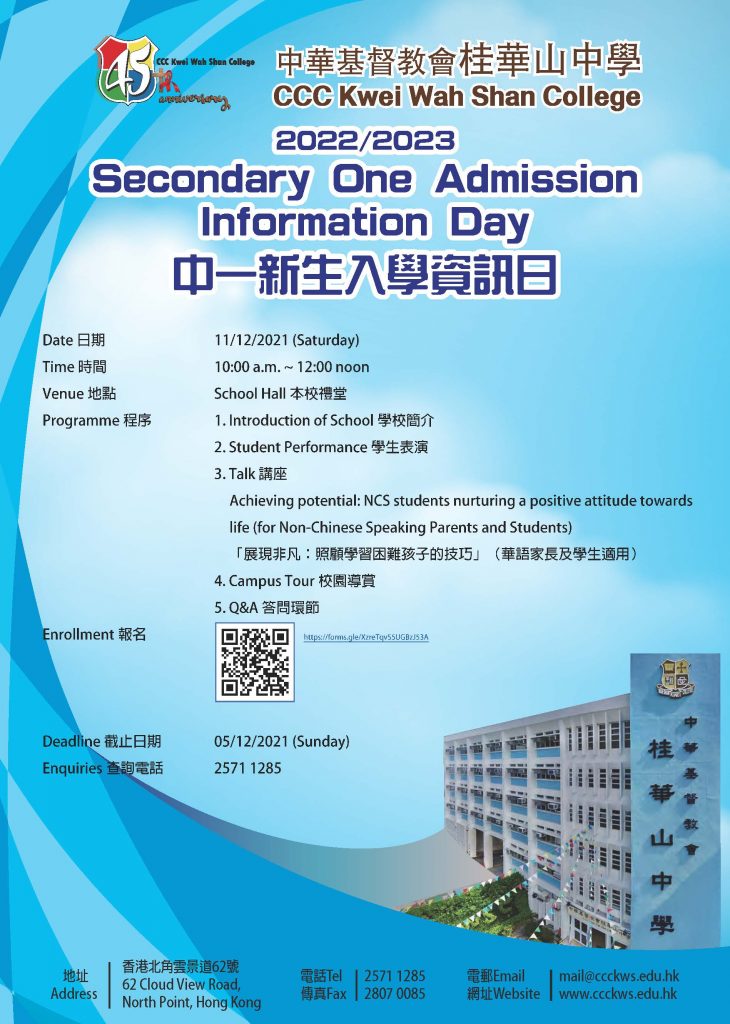